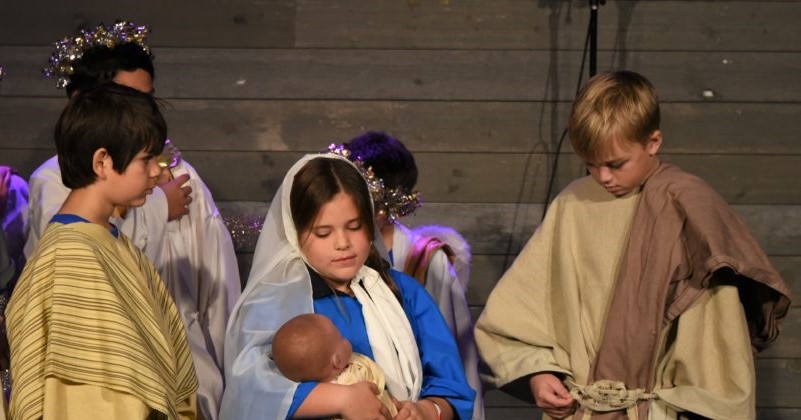 Drama at DSCA for 5-8th grade is a collaborative effort on the part of all students.

We work together in choosing and writing or re-writing a story, book or idea in play form, so that all the students may take part. This allow each student an opportunity to contribute creatively in the process from beginning to end, the end being a performance of a play for parents and families twice a year, in December and May.

We frequently include songs as a part of the performance, so music is a part of the process, as well. Each student is assigned a role, usually based on an audition, early in the term. The audition may include some singing, if the role requires it. We will sing regularly in class, in addition to reading the script.

Past performances included: “Joshua and Jerico”, “A Christmas Carol” and most recently, “the Wonderful Wizard of Oz”.